Gaslighting our way through a pandemic

The Dutch pandemic response is a masterclass in framing and gaslighting. Published on June 14th 2020.

After initially responding slowly to the Corona outbreak, the Dutch Government unveiled a “Herd immunity” strategy in mid-March, using terminology usually reserved for commercial cattle. The strategy was going to allow more infections and deaths than in other countries which suppress the virus as much as they can (using mass testing and isolation and the like). Such a “let it rip but not too fast” policy is thus a hard sell, and requires very astute communication with the public. Let’s look at how astute. 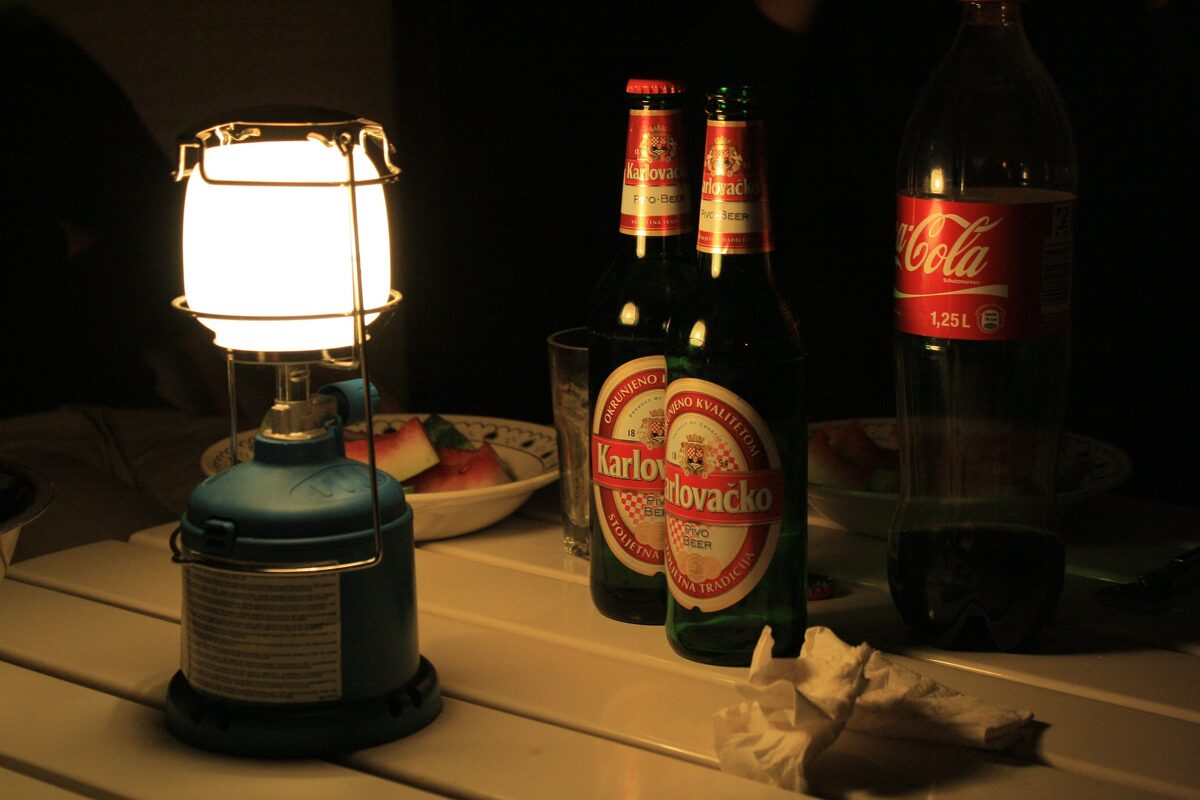 Prime Minister Mark Rutte kicked off with a masterstroke in his National Address on March 16. In the first such address in nearly half a Century, his policy was presented in a solemn setting as the fair compromise between “one year of lockdown” and “chaotic spread”. The other option of suppression of the virus, the approach most countries chose, was not even mentioned. Brilliant. And how about this one: "this will build a protective wall around the vulnerable". This soon turned out to be a coffin as many care homes were cleared of inhabitants by the virus. But no video of that ever made it to prime-time TV, so all was well in the low lands.

There was universal adulation in the polls and newspapers. A true statesman has risen! The next day, some people calculated on the back of an envelope that controlled spread would result in 50,000 to 100,000 deaths. Within a day, RIVM (Dutch CDC) reframed Herd Immunity as a "consequence", not a goal. All protest faded away. Hallelujah!

Testing is the last thing you want to do if you want to make your Immunity policy look good and prevent people from calling in sick at work. After some pizza delivery guy mentioned to a Member of Parliament that Germany was doing a lot of testing, which did sound good, the Swiss pharmaceutical company Roche became the scapegoat. Those sneaky capitalists are not releasing the testing formula! They sort of had already, and laboratories had plenty of capacity anyway. Public Health Minister Hugo De Jonge therefore promised mountains of testing capacity by April. Note that he said “more capacity”, not “more testing”. And the testing never came. Kudos to Hugo!

The Netherlands soon started to lead the world in Covid-19 deaths. But the hospitals held out! This was because old and frail people never really made it to hospital, often for good reasons, but perhaps sometimes for less good reasons. In fact, statistical analysis shows hospital capacity would have been exceeded 4 times under regular admission policies. Stories abound of people being removed from ambulances after the paramedic heard about a Covid diagnosis. Something for the inevitable Parliamentary Inquiry and/or criminal investigation. But for now everything is (seems?) under control, and that is how we like to see it on the lower reaches of the Rhine and Meuse rivers.

In the meantime, Parliament was still silently hoping for a containment policy, and was asking more and more (cautious) questions. Are we going to, like, maybe, try to fight the outbreak? The cabinet reacted quickly by a program to develop an app. Let’s give the virus hell! After three weeks of arguing about privacy, Bluetooth and Singapore, the plan was dead. As dead as 10,000 people.

The mass die-off was very inconvenient, so the Government (or its “independent advisers”, the MDs (and only MDs) who defend Government policy in Parliament, manage the outbreak and run Community Health units too) decided to show a graph that compares The Netherlands with the hardest hit countries only. They may also have misnamed a few data points in the chart. They did this once, a second time (but were forced to apologize) and then a third time. Lying to Parliament, some of us still remember that to be a political capital crime. No longer.

Healthcare workers, meanwhile, began to wonder behind the scenes whether face masks were perhaps more welcome than cute applause. Nurses are often not even allowed to protect themselves during work, but the Government came up with the innovative “we’ve run out of ‘em!”. Well, not for four months we didn’t, and not in any physical or online store, but we’ll leave the media to figure that out for themselves. The authorities assumed hell will freeze over before they do that. They were right.

When the ICUs seemed to have a little space available in May, we needed to put the pedal to the metal: the spread of the virus requires a little tempo. We’re opening the schools! Children are very good transmission vectors and teachers are put in serious danger, but if you keep insisting on “kids don't get very sick themselves” (?) you’re off to Boardwalk without stopping at Go To Jail.

Meanwhile, the whole world has realized that masks are very useful. The Dutch know this better than anyone, because our own RIVM demonstrated in 2009 and 2010 that even tea towels in front of your mouth can stop an epidemic. On their own. That is bad news for immunity buildup. In quick succession the authorities came up with the not very honest "masks are useless" to the innovative "false sense of safety" and then the proven classic "shortages". You read it correctly, shortages of tea towels or scarves. The media are still figuring that one out, without trying to.

The Dutch don’t count Covid deaths unless somebody dies after being tested. This lowered death statistics, although 6,000 registered dead in a country of 17 million is still quite an achievement. Activists against mass death resorted to excess mortality statistics, which showed about 10,000 people had died of Covid. This put the Netherlands in shared third place worldwide, according to the New York Times. That didn’t look good, so now the excess mortality statistics have been changed to an arcane formula that has already “saved” some 2,000 deaths. This happened after the directors of the Ministry, the CBS statistical agency and the Sanquin research group (carrying out Herd Immunity tracking) swapped positions. Which is a coincidence.

The best bit came at the end. Prime Minister Rutte claimed, in Parliament, that he had never made a speech about Herd Immunity. Which is true, unless you count the National Address of March 16thwhich had immunity buildup towards the nirvana of Herd Immunity as its centerpiece. He mentioned it six times, which is not far from zero times. And so misleading and lying became gaslighting. A direct attack on the truth, on which any concept of reason, democracy or Rule of Law is based.

And so we can conclude the Dutch Government afforded us a free master class in propaganda (though it wasn’t free for the 10,000 deceased or the economy). An eccentric and murderous policy has been presented as inevitable. Unattractive options were hidden, as was information about the trail of destruction of the “managed” outbreak. With such tactics, and a loyal press, you don't even have to lie to mislead the compliant media and Parliament. Most importantly, potential opponents are constantly on the defensive with discussions about privacy, or how much is being tested and how infectious children are. All this while entire wards of nursing homes became infected and deaths topped world league tables.

The calls for suppression of the virus with relatively cheap test-trace-isolate and masks in public buildings are growing louder, but little points to a major policy change. Chief advisers are still mumbling quite audibly about building up Herd Immunity. Any policy change would of course be very painful for the Government, if perhaps less painful than for millions of future infectees. But at least they won’t be called to testify or report to detention centers.

So why is nobody stopping this? A key feature of Dutch society is trust in Government, perhaps stronger than anywhere else. People cannot fathom that their bodies have been claimed by the authorities for a giant medical experiment, so they choose to disbelieve the evidence of their own eyes.

Foreign media and Governments also seem be putting no pressure on Rutte, even though the Netherlands is reneging on its Treaty obligations to stop “pooping in the pool”. If we tested like our neighbors do and counted our deaths, Angela Merkel would probably give us a call or just shut the (currently basically non-existent) border. It is true that only about 100 people remain in ICUs nationwide, but this figure would be much higher in countries where people are generously allowed in, and the Reproduction Number has risen above 1 again, as per plan.

It looks like the Dutch are again capitalizing on our image of being competent, liberal and reasonable. An image that stands us in good stead when we grossly abuse the rights of refugees and curb the rights of sex workers and Muslims while trying to attract tourists to our reasonable and relaxed lands.

In short, we can expect many more propaganda and gaslighting gems in the coming months. Watch this space!